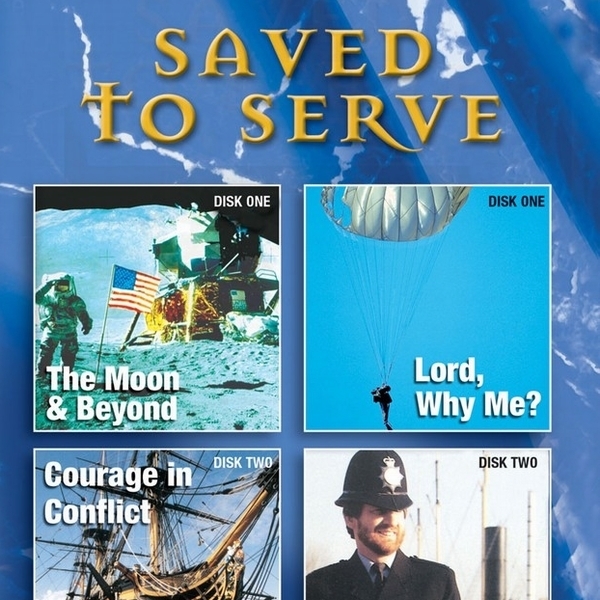 The Moon and Beyond

‘We’re afraid you’ll never fly again Colonel,’ The crashed test pilot, helpless in a casualty ward saw defeat in the doctor’s diagnosis. Ten years later, after much prayer, he was taking off on a flight to the moon. 29 mins

His giant plane exploded with a deafening roar, hurling him unconscious from the shattered cockpit. 21 year old Captain Bill Rittenhouse came to his senses as he floated gently down on his parachute. With the prospect of death or a concentration camp in front of him, he asks ‘Lord, why me?’ 29 mins

The inspiring testimony of Admiral Sir Horace Law GCB, OBE, DSC who as a young man in 1939 prepared to fight in the war at sea against Nazi Germany. 30 years later, this descendant of Admiral Nelson is himself an Admiral on HMS Victory. 28 mins

A Day in April

Shot in the mouth during a bank robbery, Police Officer Billy Burns should have been paralysed, or even killed, but miraculously his strong teeth took most of the bullet’s energy. Billy retraces the traumatic events of that day including the dramatic car chase. 28 mins